Austin, Texas has been one of my favorite topics to write about on the blog. Mainly, because it’s one of my favorite places to visit. I’ve recently had a chance to go back for some “research” which really meant exploring all the amazing places to eat in Austin. From its BBQ to its tacos to some unique twists on classics, Austin offers some of the best food around the country and a trip isn’t worth it unless you grab a meal from some of these great places to eat in Austin.

I’ve written about where to eat in Austin in the past, but there were so many mouthwatering places to add that they deserved their own new post. You can find my original post on eating my way through Austin here. On top of that, you’ll find places to grab a drink, listen to music and other can’t miss activities on my Best Things to Do in Austin Guide.

Note: Some tours, passes, accommodations and meals were provided at no cost to the author. All opinions remain my own. You’ll find affiliate links in this post which allow me to continue to improve Traveling Nine to Fiver. I hope this article is useful for you.

Start Your Day with Breakfast Tacos

Being a Californian, I love just about anything in the form of a taco. But to be honest, breakfast tacos isn’t a trend in my state.  It’s an unfortunate thing and why when I’m in Austin I try and start just about every morning with a few breakfast tacos.

Whether it’s filled with chillis, carnitas, or potatoes. You’ll find delicious bites all around town. Some of the best spots to grab one (or a few) in the morning are Torchy’s Tacos and Pueblo Viejo.

Torchy’s is an Austin classic where you’ll find funky twists on tacos including their breakfast tacos. Pueblo Viejo is one of Austin’s top food trucks and a spot to get a more classic style breakfast taco.

While they are worth searching out to find the best, you’ll also find breakfast tacos just about everywhere. Even most local coffee shops will have a selection that was delivered to them that morning.

Dig Into The Best BBQ Around (Hint, it’s Not Franklins)

First, don’t bother standing in line at Franklin’s, it’s good but not worth it.
Second, instead go to La Barbecue!

I’ll be honest I was hoping to avoid the line at Franklin’s, which you often have to stand in for over 3 hours but was willing to give it a try if that really was the consensus. Instead, it’s become a tourist trap. I’m not saying that the quality isn’t amazing, but it is not the only place in town worth making a pilgrimage.

Instead, make your way to the food truck that is La Barbecue in East Austin. A quick ride from Downtown, you’ll have less than an hour wait at just about any time of the day. Plus, as long as you get there by 1 pm or so, they won’t run out of food.

On top of that, La Barbecue is the best BBQ I’ve ever eaten! From the brisket to the pulled pork to the sausage and, of course, the ribs it was absolutely amazing. The sides were pretty good too.

My friend and I absolutely stuffed ourselves trying to enjoy as much as possible. If you’re only in Austin with enough time for one meal this has to be it!

Who knew everything should go on donuts? But you walk away from Gourdough’s Public House without thinking donuts should be a part of every meal.

The concept of eating donuts as a savory food, that is when it is a part of a burger or sandwich, might now sound great but you’ll have to get it a try and I guarantee you’ll agree.

While Gourdough’s offers a variety of crazy dessert donuts, what truly makes them unique is what they do with the savory ones. Instead of a sweet glaze, they are topped with butter and garlic, and sometimes additional seasoning. Then you can enjoy the light fluffy texture of the donut in just about any combination.

Make sure you go here hungry! You won’t want to order just one thing. Instead get an appetizer, two entrees, and a dessert to share. There really isn’t another place on earth like Gourdough’s so you won’t want to skip.

Discover Even More of the Best Places to Eat in Austin

If you plan on heading to Austin and keeping up your diet you’ll be missing out on so much of what the city has to offer. Instead be ready to eat your way through the city and gain a couple pounds.

The hardest part of your trip is going to be deciding where to eat in Austin. I’ve got you started above with a few of my new favorites but you’ll also want to take a look at my original post on some of the best spots to eat in Austin.

Another way I loved exploring what Austin’s food scenes have to offer was taking a tour with Austin Eats. Especially if you’re on a short trip, this is a great way to explore some of Austin’s top places to eat as well as a few local secrets.

For more information about Austin check out these great books on Amazon including AUSTIN TX 55 Secrets, Top 10 San Antonio and Austin, and Insiders’ Guide to Austin.

Above are a few of my favorite places to stay in the Austin area.
Learn more about and book more fantastic hotels in Austin on  Priceline and TripAdvisor.

What makes you most excited for Austin’s food scene? Also, if you’ve been before what are your favorite places to eat in Austin? Leave a comment below. 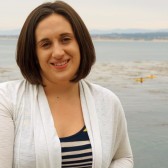