Europe is a continent known for its exotic countries and scenic attractions, and it is only natural that you would want a hotel that is equally unique and fitting. Hotels are no longer just a place to crash in; they are a critical aspect of your holiday experience. Looking for the perfect vacation gateway? So pack your bag and make your way to the top 15 quirkiest hotels in Europe for you to explore.

Considered to be one of the highest hotels in Central Europe, Hotel Rotunda stands proudly on Mount Chopok in Slovakia. Enjoy the crisp mountain air and lose yourself among the surreal snow-capped landscape. The place is a rage among adventure lovers for its exceptional skiing locations and trekking trails. The phenomenal sunrise and sunsets are also a popular attraction for tourists here.

Note: You’ll find affiliate links in this post which allow me to continue to improve Traveling Nine to Fiver. I hope this article on hotels in Europe is useful for you.

ION Adventure is a simple, minimalistic designed hotel close to the Thingvellir National Park. Marked as a UNESCO World Heritage Site, the hotel is surrounded by majestic mountain ranges and lava fields. Sitting precariously on Mount Hengill it juts out of a long-dormant volcano and offers a panoramic view of Iceland. Guests can enjoy Nordic specialties in the built-in restaurant while looking at the mystic and surreal Northern Lights from their balconies.

The hotel is a part of Europa-Park and is designed like the magnificent Colosseum in Rome. The earthy colors, lavish décor and sophisticated structure of the place include a spa and an Italian restaurant. Hotel Colosseo is heavily influenced by Roman architecture and is a delight for history lovers and art collectors.

The Burghotel Castillo Alcazar is an old medieval-themed hotel located in the Europa-Park in Rust near Freiburg. The design is very similar to the gothic Spanish castles and features a balanced mix of warm colored furnishings rustic décor and modern facilities. The open terraces, balconies and tall towers overlook the theme park and surrounding hills. The property even includes its Spanish restaurant and VIP club.

This is one of the most unusual hotels in Europe. The place is more of an art concept than a hotel. Null Stern in Switzerland was originally built on a converted underground nuclear bunker. A hotel with no walls, this open space lodging was designed in 2016 by artists Frank and Patrick Riklin. The room comprises of just a double bed, a bedside table and a lamp set against a surreal backdrop of mountains and green valleys.

A unique boutique cave hotel situated in the picturesque village of Imerovigli, Greece is among the most peaceful and isolated spots on the continent. Perched up on a hill, the lodging is carved from a volcanic caldera wall and is the epitome of tranquility and sophistication. Iconic Santorini offers a spectacular view of the surrounding cliffs, volcanic islands, and the Aegean Sea. The interiors are equally fascinating with oversized beds, huge windows, and tasteful furnishings.

Living in a treehouse seems like an intriguing idea that the tourism industry is now monetising upon. The Treehotel set in the pine forests of Harads in Sweden is a collection of seven unique tree rooms. The green glass capsule-like structure of the rooms looks very similar to a UFO and is a reminder of the final scene in ET. The hotel is organized like a giant bird’s nest and is nestled amidst the jungle foliage.

No Man’s Fort was originally a Victorian era fort built between years 1867 and 1880 to protect Portsmouth from the attack of Napoleon III. The fort was later converted into a luxury hotel that includes 22 rooms, a lighthouse, hot tub, nightclub, laser quest area and a penthouse. Surrounded on all sides by water, the hotel stays afloat on the sea.

The Icehotel of Jukkasjärvi, Sweden is the first of its kind that was built almost 20 years ago and remains a rage between travelers worldwide. The hotel is rebuilt every year, the ice from the frozen Torne river is mixed with snow to make snice, a material used for constructing the structure of the place every November. However, you can find a permanent ice lodging nearby- the team has developed a lasting framework called Icehotel 365 that was launched in 2017.

Set in Stuttgart, Germany, Hotel V8 is every car enthusiast’s paradise. The concept based hotel revolves around automobiles, so much so that the even the beds are designed as classic car models! The vibrant and quirky furnishings of the place also feature vintage cars, race courses, and a drive-through setting where guests can watch movies.

Das Park Hotel in Linz, Austria is perhaps among the most prominent lodging spaces in Europe. The massive concrete sewer pipes are renovated into hotel rooms and sit on the banks of river Danube. The post-industrial bolt hole can be called the contemporary version of the hobbit hole of Middle Earth.  A quirky, functional and clean resting space, the rooms have all the bare necessities such as a small single bed, bedside lamps and air windows on the roof.

Architect Frank Gehry’s only project, the Marques De Riscal is located in Elciego, Spain. Established in the heart of the city, this hotel is surrounded by Rioja vineyards and follows a similar construction to that of Guggenheim in Bilbao and Fondation Louis Viton in Paris. The framework of the hotel is very avant-garde with massive titanium ribbons jutting out from the building.

Utter Inn or Otter Inn as known in English is an art project by Mikael Genberg. Built on Lake Malaren, near Vasteras in Sweden, this lodging space is the epitome of simplicity and comfort. The hotel comprises of a little red house perched on a white platform with submerged bedrooms and panoramic windows. This floating house surrounded by tall buildings and urban dwellings is a perfect holiday spot for the weekend.

Set in Mount Blanc, Italy, Hotel Bivacco Gervasutti was named after the Turin-born mountain climber. The structure is balanced precariously on the edge of the mountain and is almost inaccessible. Only mountaineers who manage to trek up the Val Frett will be able to enjoy this capsule-shaped lodging space. Surrounded by snow-capped mountain ranges, this private hotel houses 12 guests and is far away from the chaos of city life.

The Witchery by the Castle

A collection of beautiful suites near the Edinburgh Castle in Scotland is the perfect romantic gateway for couples that want to spend some quality time together amidst royalty. Strategically set in the heart of the city, this Pugin designed Gothic architecture is the closest you can get to medieval fantasy ages. The nine luxury suites are any art collector’s dream furnished with antique pieces, jewel-coloured velvets, silk, and brocades. At The Witchery, modern comforts are not neglected either, the iPod docks, flat-screen TV, electric fireplace guarantee a cozy stay.

The hotel industry has come a long way since the homely suites, sophisticated lobbies, and extravagant complimentary toiletries. Today, people want something different- the conventional standards are no longer enough to satisfy the restless spirit in us constantly in search of something unique and unusual. Make sure to add at least one of these unique hotels in Europe to your next trip.

I’m a professional writer, web developer and CEO of WebBuildersGuide. 4 years I’ve been working as web interface developer and I have a huge experience in website development. Also, I’m fond of photography and marketing and of course, writing articles. My works were published in different popular online magazines. You can follow Lesley on Google+. Thank you for the article on unique hotels in Europe. 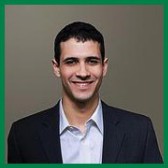 I'm a professional writer, web developer and CEO of WebBuildersGuide. 4 years I've been working as web interface developer and I have a huge experience in website development. Also, I'm fond of photography and marketing and of course, writing articles. My works were published in different popular online magazines. You can follow Lesley on Google+. Thank you for the article on unique hotels in Europe.
View all posts by Lesley Haught »